chakra breathing meditation can help you to become aware of and
experience each of the seven chakras. this meditation is active and uses
deep rapid breathing and body movement, accompanied by musical sounds to open and bring awareness and vitality to the chakras.

first stage: 45 minutes
stand with your feet shoulder width apart. let your body be loose and relaxed. close your eyes and with mouth open breathe deeply and rapidly into the first chakra. imagine the inhalation travelling to the pelvic
region of the body, where the first chakra is located. exhale rapidly. breathe into the first chakra until you hear a bell, which indicates to start breathing into the second chakra.

each time you hear a bell, move this deep rapid breathing up to the  next chakra. as you breathe up from chakra to chakra, your breathing should become  more rapid and more gentle, so that you are taking about twice as many breaths  in the seventh chakra as you were in the first. you can move, shake, tilt, stretch,  or do any slight movement that will support the breathing but the feet should    remain in one spot. allow your feet, knees, hips and other joints to become like  springs so that once you set the breathing and body into motion, the movement  will become continuous and effortless. let your awareness remain primarily  with the sensations of the chakras, rather than with the breathing or the body  movement.

after the seventh chakra, you will hear three bells. now let your breathing
turn and slowly fall back through all seven chakras down to the first chakra.  let the energy flow down by itself to include the entire spectrum of chakra energy from top to bottom, like seven colors blending into one rainbow.  you have about two minutes to reach back to the first chakra. it is up to   you how long you breathe into each chakra.after you finish this sequence,  stand silently for a few moments before starting the next sequence. this upward and downward breathing sequence is repeated three times. if you don’t feel the energy of your chakras at first, just breathe into the  area where they are located. remember not to push the breath, rather allow the breath and body movement to be like a bridge carrying  you into the sensations and qualities of the energy of each chakra. becoming sensitive to the different qualities of each chakra comes not through force, but through awareness and patience.

after the third breathing sequence, sit relaxed with closed  eyes in silence. as you sit, don’t focus on anything in  particular. remain a witness to whatever is happening, without judgment. 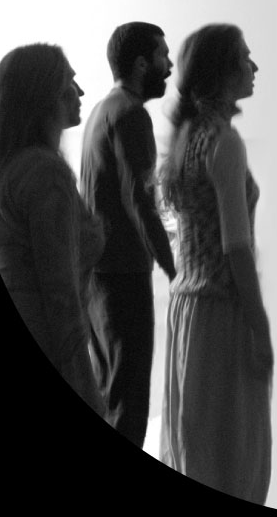